Class is in session with Professor Michaels and bottom feeder, Chip. We begin things off with Chip opening a mouth to Professor Michaels and his tardiness. Instead of sinking to a cuckold’s level, the Professor -along with heavy chested, Nika Noire- decides to have Chip attend a class in where Sean proves why white cocks just don’t,um, measure up. At Nika’s place she strips down to no clothing showing why Europeans are far more sexually advanced than Americans. Chip takes mental notes as Nika acts out some major black sword swallowing as he quickly envies Professor Michaels and his enlarged black cock. Nika stops briefly to ridicule the pickled porklink that Chip’s tighty whiteys are covering with ease. The humiliation towards the cuckold/student only serves to make Nika Noire hornier and the only black cock in the room reaps the benefits. A bit of mercy and pity are shown to Chip as he’s allowed to beat his thimble of a dick while Nika’s pussy gets drilled by a black cock that easily dwarfs the white boy’s. The smoke coming from Nika’s gash settles a bit while her mouth hops back on a big black cock that resembles ones shes seen in interracial porn back in the Ukraine. The bedsheets get thoroughly soaked with each pelvic thrust and vaginal violation that Nika’s body is enduring. The class bell rings when Professor Michaels fills Nika up with his country gravy. Chip, like a good cuckold, cleaned up and learned a valuable lesson: Black cocks just get it done right the first time. 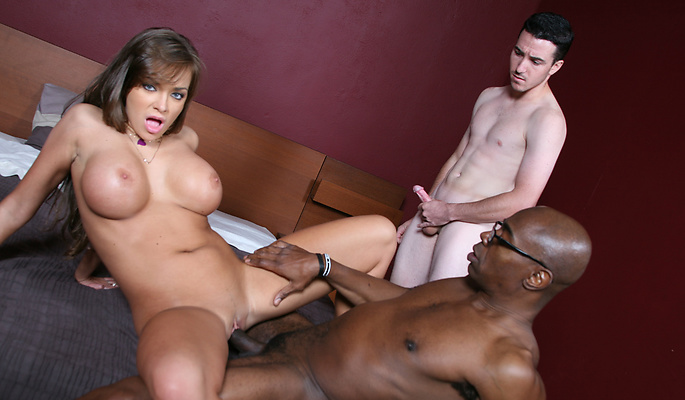